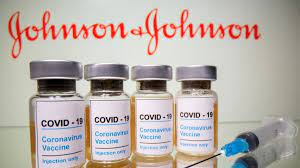 Officials confirmed that the immunization site at the PNC Arena in Raleigh paused vaccine operations "out of an abundance of caution," after 18 adverse reactions were seen out of more than 2,300 Johnson & Johnson CCP (Chinese Communist Party) virus doses administered in less than two hours of appointments.

Of the 18 people evaluated by EMS, 14 had "minor reactions" and were treated at the vaccination site. Four others were transported to local hospitals for further examination.

"Wake County made the decision to pause today in partnership with the NC Department of Health and Human Services and after consulting with the manufacturer," Wake county officials said. "Together, these teams continue to investigate the issue."

The remainder of people who were scheduled to receive their Johnson & Johnson vaccines at the site Thursday were able to either reschedule their appointments or receive the Pfizer vaccine.