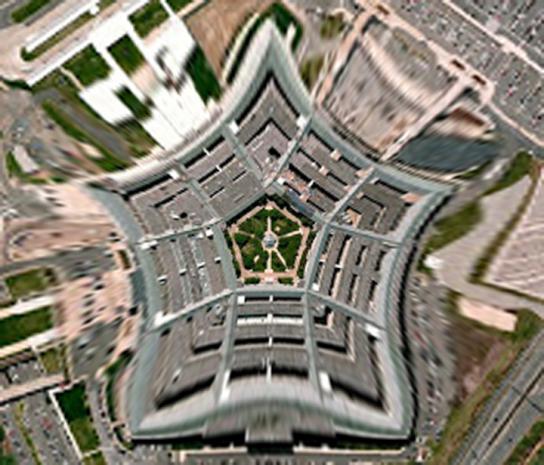 This is a slight increase from the prior year as Politico noted late Thursday in reporting the news: the Pentagon budget topline to be presented to lawmakers represents "a roughly 1.5% increase in defense spending from the current year's [$704 billion] level, making it effectively an inflation-adjusted budget boost."

However, it's a slight decrease from what Trump had reportedly planned to propose for this next fiscal year, which was $722 billion.

According to Bloomberg Government:

A $715 billion discretionary top-line would amount to a decrease of about 0.4% in real terms, adjusting for inflation from this year's enacted appropriations of about $704 billion. That's in contrast to a push for 3% to 5% real annual increases in national security spending endorsed by then-Defense Secretary James Mattis in 2017.

As for the aforementioned progressive pushback, they are pointing to the astounding waste that in the reality has little to do with defending the American people, but more to do with handing out huge contracts and fattening up the military-industrial complex.

A statement from the public interest advocate Public Citizen said it best in calling out Biden's Pentagon budget as a "tribute to the power of the military-industrial complex."