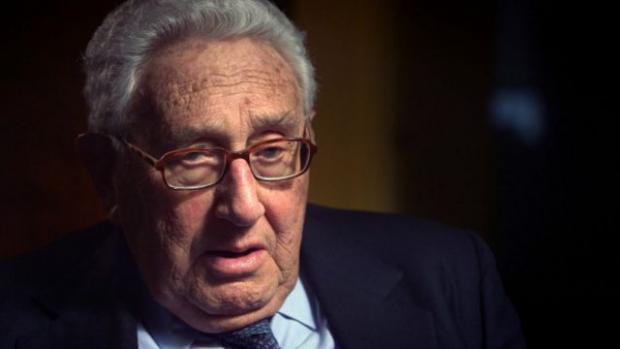 With the White House continually provoking tensions against Russia and China, the doyen of American foreign policy, Henry Kissinger, dramatically warned Washington last week to either agree to a new international system or continue pushing tensions that are leading to a situation similar to the eve of World War One.

"if you imagine that the world commits itself to an endless competition based on the dominance of whoever is superior at the moment, then a breakdown of the order is inevitable. And the consequences of a breakdown would be catastrophic."

The veteran diplomat urged the U.S. to understand that not every issue has "final solutions" and warned

"if we don't get to an understanding with China on that point, then we will be in a pre-World War One-type situation in which there are perennial conflicts that get solved on an immediate basis but one of them gets out of control at some point."

However, the idea that the U.S. should stop imposing its will on everyone else will not be easily accepted in Washington. This is attested by the sharp rhetoric and personal insults that U.S. President Joe Biden continually levels against his Russian and Chinese counterparts, Vladimir Putin and Xi Jinping.

High-ranking Chinese official Yang Jiechi told U.S. Secretary of State Anthony Blinken on March 18 in Alaska that "the United States does not have the qualification to say that it wants to speak to China from a position of strength." Then, Russian Foreign Minister Sergei Lavrov and his Chinese counterpart Wang Yi boldly said days later on March 22 during their meeting in Beijing that they "jointly safeguard multilateralism, maintain the international system with the UN at its core and the international order based on international law, while firmly opposing unilateral sanctions as well as interference in other countries' internal affairs."

Nationalism vs. Patriotism: What's the Difference and Why it Matters