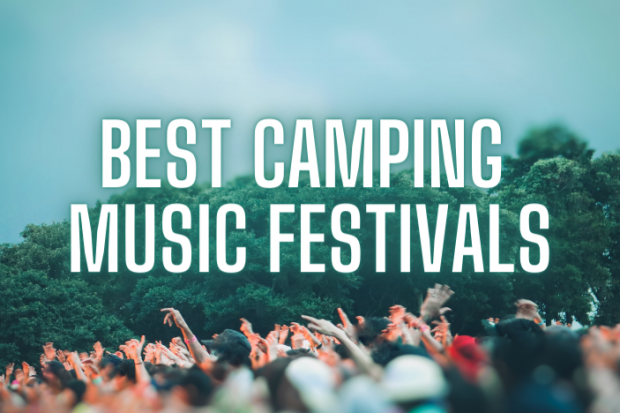 As a music fan, there's nothing like the experience of attending a live music festival with your favorite artists. Outdoor festivals are the best ways to see a bunch of acts at once instead of waiting for each of their individual tours.

Since these events are designed to accommodate up to tens of thousands of attendees, they are often located in remote locations. This is where having an RV comes in! Though not all festival grounds permit RV camping.

The most famous music festival is, of course, Coachella Valley Music in Indio, California. But Coachella, like many other music festivals, allows tent camping but no access for RVs to park on-site.

While Coachella is widely considered a must-go due to its massive lineup year after year, its no-RV access blocks it from the list.

So, here is a list of 7 others that are the best camping festivals offering RV access. And even though the 2020 festival season was mostly canceled, 2021 is rearing up to be a great year for festival camping.

TODAY is the DAY. ???? In celebration of the return of live music + 20 years of #Bonnaroo, we teamed up with digital artist @ArchanNair!

An incredible event for music lovers for almost 20 years, Bonnaroo is the best camping music festival if you don't mind crowds.

But the crowds are there for a good reason. Bonnaroo boasts one of the best lineups. For example, the 2021 headliners are Grand Ole Opry, Foo Fighters, Lizzo and Tyler the Creator.

Like Coachella, Bonnaroo is star-power galore. All genres are represented, from hip hop to punk rock to electronic music. So if you are traveling in a group who have different tastes, no one will leave disappointed.

For those who need a break from the music, Bonnaroo features other activities like a 5K race, yoga, and an inflatable water slide to beat the heat.

Since this is such a popular festival, just know this is one of the pricier options on this list.

For RV camping, you have several ticket options depending on your price point. Each RV site is 20 by 50 feet and allows you to set up tents as long as they fit inside your designated space.

One of the best camping music festivals for country music is Country Thunder. It has become its own brand, holding multiple festivals in different states throughout the year, including Florida and Iowa.

If you're a country music fan, Country Thunder gets some of the biggest names to headline, such as Eric Church and Luke Combs.

There is even a line dancing competition and DJs if you're looking for some variety from country music.