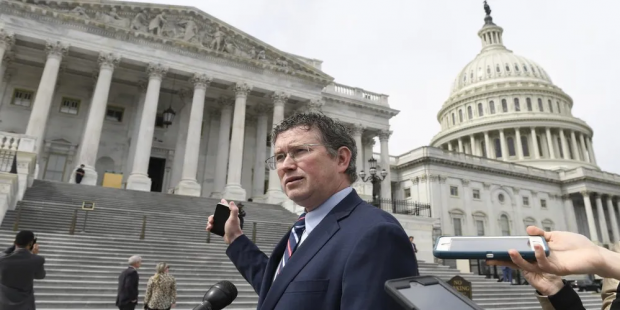 Many American politicians, from President Joe Biden on down, are repeatedly declaring the blatantly fraudulent propaganda that experimental coronavirus vaccines are safe and everyone should take them. It is, thus, refreshing when occasionally a politician breaks through the torrent of propaganda to present a normal and more sensible response to the question of whether people should take one of the experimental coronavirus vaccines. Rep. Thomas Massie, a Republican member of the United States House of Representatives from Kentucky, did just that in a quoted statement in an article on Sunday.

In a Sunday article at Kentucky Health News by Melissa Patrick, Massie is quoted as follows regarding people taking the shots:

'I'm leaving personal medical decisions up to the individuals and won't be undertaking a vaccine promotion campaign,' he said in a email. 'It would be somewhat disingenuous for me to do so when I have no plans to receive the vaccine myself, in the absence of data showing that it's beneficial to those who've already recovered from the virus.'

Asked about people who haven't been exposed, he replied, 'Ultimately, people should listen to their personal doctors. It would be foolish for the general public to take health advice from my cohort of politicians, who are themselves fairly unhealthy, uneducated in science or medicine, don't think that being $30 trillion in debt is a concern, and are conditioned to say what will most benefit themselves.'