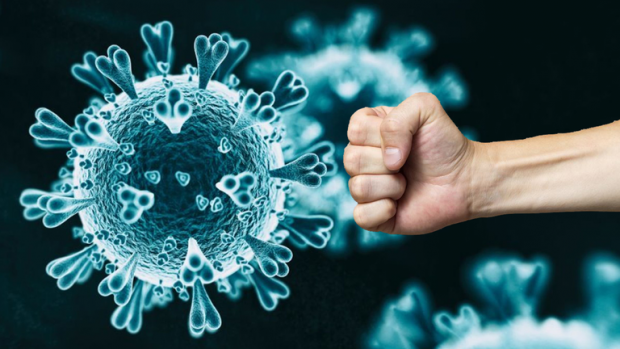 Not to the virus, which has never been a serious threat to most people anyhow – but to the terrorism practiced in its name, including that enforced by the sickness psychosis equivalent of the German Sturmabteilung – the storm troops – sent out to harass, intimidate, threaten and close restaurants and so on that dared to open their doors to people who were never forced to walk through them – and dared to not force those who did to wear a Diaper.

Just as the SA would bully those who didn't wear an armband – or perform the required Kabuki of that era, which was to raise their right arm and give the "German" greeting.

Today it is – functionally – Heil Sickness!

Most people don't want a confrontation and will put up with a great deal in order to avoid one; all-too-many people are cowardly go-alongs-to-get-alongs. It is why so many "good Germans" performed the NS Kabuki, including the wearing of the outward symbol of their submission to it and the physical rituals associated with it.