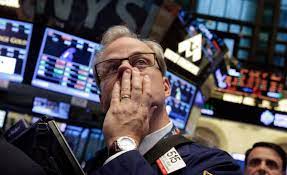 Analysts seem to concur that this is a safe bet, at least for this year, as U.S. shale overall will keep the promised spending discipline. In a sign that spending beyond cash flows is a thing of the past, major listed producers now say that growing production for growth's sake would be a big mistake. Instead, they have vowed to return more cash to shareholders.

U.S. oil production may never return to the weekly peaks of 13 million barrels per day (bpd) just before last year's market crash. But it is already steadying at around 11 million bpd, which is 1 million bpd above the May 2020 lows when producers curtailed output in response to impossibly low—and negative for a day—oil prices.

Drilling activity has been on the rise since the fall of 2020, and considering the lag between rising oil prices, the addition of oil rigs, and actual oil production, expectations are that U.S. oil production will gradually increase through the end of this year.

Granted, average 2021 American production is set to be lower than the average production in 2020 by nearly 300,000 bpd, as per EIA's latest estimates.

Colonial Pipeline restarts after hack, but supply chain won't return to normal for a few days