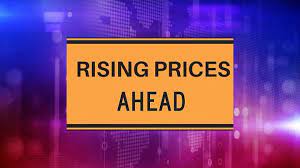 Well, today is the US inflation report. The market consensus is headline prices will rise 0.5% m/m, which would be around 6% y/y annualised, and on a straight y/y basis CPI will go from 1.7% to 2.5%. Of course, excluding food and energy CPI is seen rising just 0.2% m/m, or around 2.4% annualised, and up from 1.3% to 1.5% y/y. Yet the Fed won't see any actual inflation in those numbers. When it comes to inflation, what one does and doesn't see is all political.

For example, we are currently seeing a housing boom in many economies, most so in Australia, on the back of ultra-low interest rates. What do central banks and regulatory bodies say when house price inflation is, say, 5%, or even 10% - let alone 30% as in Oz? Answer: nothing. Once upon a time they had to do something - but then we removed accurate measures of house prices from CPI, so now they don't. It isn't happening, or isn't their remit. True, they can waffle about financial stability, and in the case of the odd outlier like New Zealand (and on/off in China), the government can force action from the central bank. Yet until that revolution is imposed globally --in the same 'yes,-that-is-going-to-happen' way the US wants minimum corporate tax rates to be-- house-price inflation just is what it is. As such, is it any wonder that such a vast slice of the US, Chinese, European, Aussie, etc., economies are focused on endless property speculation?