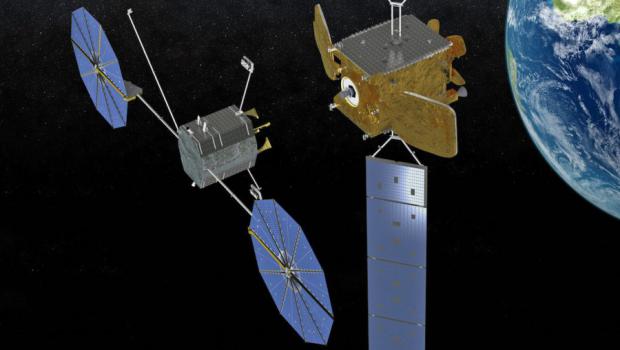 One of the most wasteful problems with commercial spaceflight is that very expensive satellites have frustratingly short lifespans. This is often not because the satellite has broken down, but due to it running short of the propellant needed to keep it on station and pointed in the right direction.

Launched on August 15, 2020 atop an Ariane 5 rocket, MEV-2 prevents this premature retirement by docking over the satellite's now-inoperative main thruster and taking over the orbital maneuvering and attitude control for Intelsat 10-02. Because the MEV-2 uses cameras for docking that could be pointed at the Earth, it has to operate under a US NOAA remote sensing license.

The successful docking is the second for the MEV program, the first being a test flight in February 2020, when MEV-1 docked with Intelsat 901, which was stationed above Geosynchronous orbit after depletion of its propellant supply led to its being removed from operation. MEV-2 will remain docked with Intelsat 10-02 for five years before undocking to move to a new customer satellite.