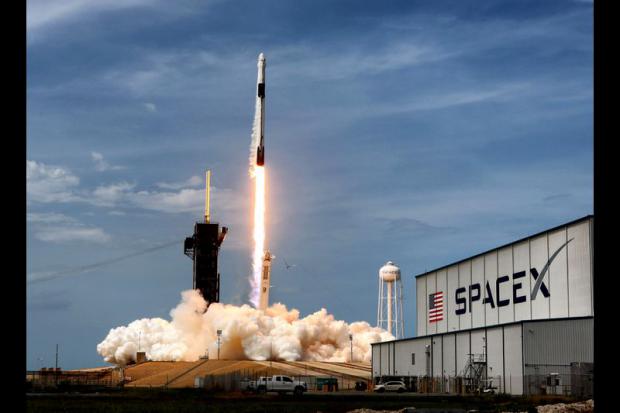 The Space Shuttle had 135 missions.

SpaceX should surpass the Space Shuttle by the end of 2021 just by maintaining the first-quarter launch pace.

In 1974, Werner Von Braun wrote an article for Popular Science that promoted the vision of the Space Shuttle.

Werner Von Braun said that each Orbitor would be re-used 100 times and that this would enable the launch cost to be $10.5 million. This would be inflation-adjusted to $60-70 million in today's dollars. The SpaceX Falcon 9 can sell launches for $50 million. Each pound of orbital payload would be $160 (1974 dollars). This would be about $900-1000 per pound. This is about the price per pound to low earth orbit for the Falcon 9.

The Space Shuttle goal was to bring the cost down to $5 million per launch. (1974 dollars). This goal was never realized and the average cost to launch a Space Shuttle was $300 million (2000 dollars) or about $1 billion.

The Space Shuttle ended up needing the heat shields to be repaired and fixed after every launch and there were about 25,000 people working to support the Shuttle program.

The massive deviation in launch costs was never addressed. The Space Shuttle fell short of its cost goals by over twenty times.

Robert Zubrin noted how the Space Shuttle tried to reuse the orbiter instead of creating a more easily reused first stage.

Reusable first stages were in some initial concepts for the space shuttle.