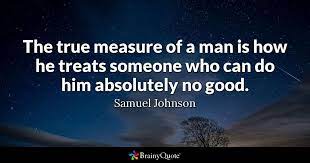 ..... that bloodthirsty, murderous, warlike, rapacious gaggle of killer-apes, by comparing the historical development of its proficiency at conducting warfare with its ability to do something else very different: fly.

Perhaps it's an argument for another day—one that I'll be happy to jump into feet first—but the plain, unvarnished truth is that ordinary individuals do not make war, rulers make war. Governments make war. And then they force the ordinary individuals—usually on pain of imprisonment or death—to fight their wars for them.

In ten thousand years, war has not changed very much. It's still pretty much a matter of some guy with a pointy stick in his hands and mud on his boots. True, the war canoes are now atomic powered. So is the pointy stick in many instances. But the basic principle of war hasn't changed. As Rush Limbaugh used to say, it's all about breaking things and killing people. From ancient Sumeria to today's Iraq, ten thousand years of breaking things and killing people.

On the other hand, the human dream, much older than a mere ten thousand years, to fly like the birds, came true on December 17, 1903, only 118 years ago (and yeah, I know there are revisionists who claim otherwise; there are always revisionists who claim otherwise. Lots of others were trying to do it, some of them getting killed in the process, but Orville and Wilbur got it done. Wanna talk about Edison and Tesla, now?).

In those 118 years, men, pursuing the essentially peaceful joy of flight, went from flying a few hundred feet to flyng non-stop around the world, and to the Moon itself. How's that for progress? Of course there's nothing so wonderful that government can't fuck it up, so ordinary individuals today are forbidden to fly without their rulers' permission—even as passengers on commercial flights—and Wilbur and Orville's wonderful invention has become just a better way to kill people and break things.

People are panic buying homes as prices skyrocket around the world

Palm Beach is Preparing for a Possible Trump Indictment