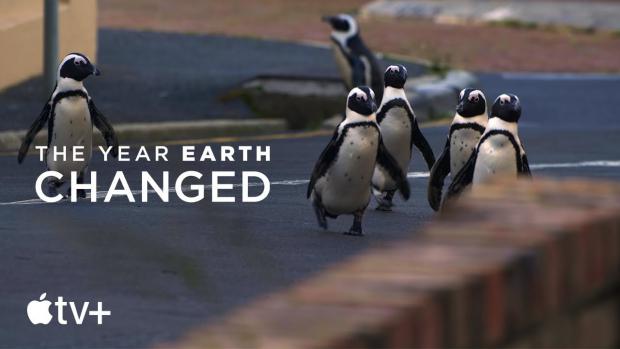 Produced by the BBC, it is now available globally on Apple TV+, showcasing exclusive nature footage from around the world after an unprecedented year of worldwide human quarantine.

"During this most difficult year many people have reappraised the value and beauty of the natural world and taken great comfort from it," said Attenborough. "But the lockdown also created a unique experiment.

"Less noise, less fume in the air… Creatures around us have flourished, by and large, in this last year," Attenborough told CBS.

Especially whales. They were able to vocalize to their young much easier with no cruise ships nearby. The parents could travel farther to feed, knowing their young could hear them. Scientists had never heard some of the sounds.

From witnessing whales communicating in new ways, to hearing a new birdsong in cities, to encountering capybaras in South American suburbs, people all over the world have had the chance to engage with nature like never before.