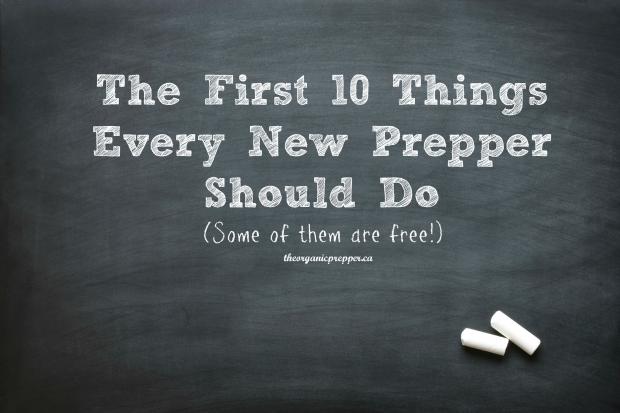 Before we talk about how to start prepping, let's take a moment to remind ourselves of why we should be prepping.

Over the past decade, here in America…

Contaminated water caused a complete loss of municipal services in both Ohio and West Virginia, resulting in almost a million people vying for the stock in local stores.

A freak confluence of storms caused a "Superstorm" that took out power to much of the Eastern Seaboard, including New York City and the coastal parts of New Jersey. Nearly a year later, some families were still without electricity to their homes.

Four winters in a row, a "polar vortex" caused horrifyingly low temperatures and paired with winter storms to make the mid-western US resemble the Arctic Circle.

A deadly virus that everyone thought would be relegated to the distant regions of Africa was diagnosed here in the US, not just once, but multiple times.

A small town in Missouri was under siege twice in a few months due to a police shooting of a young black man, and the officer's subsequent acquittal.

Wildfires have torn through numerous states, giving residents only minutes to flee and leaving utter devastation in their wake.

An island territory suffered a hurricane that left thousands dead and many have been without utilities for almost a year.

Hotspots all across the nation have turned into battle zones, with people fighting in the streets over politics, policing, and racial tensions.

A different virus spread across the globe. The resulting pandemic devasted the American economy, damaged the supply chain, and the resulting restrictions have completely changed our way of life.

It's pretty clear, it can happen to you.

Now, read that and try to tell me that disasters don't happen. Try to say that it's impossible that they'd happen to you.

And these are only a few of the headlines. Nearly everyone has been personally touched by an emergency over the past decade for which they could have been better prepared.