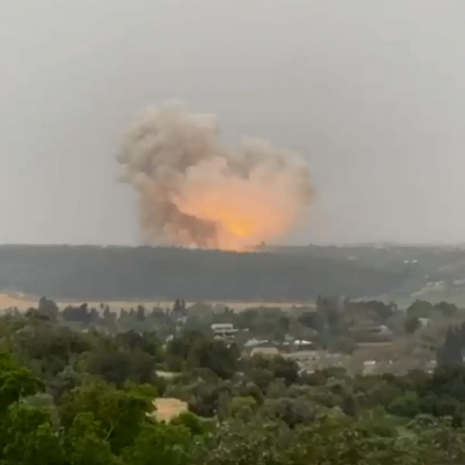 On April 21st, a large explosion took place in a defense factory in Israel.

The explosion seems to have occurred during a routine test at the advanced weapons factory which houses various types of missiles.

Officials may have underestimated the collateral damage of the test, which led to the explosion.

The factory is located in central Israel, and in proximity to residential areas. Civilians documented the mushroom cloud.

Senior defense officials are now investigating what went wrong, and whether guidelines were adhered to. There are still no reports of casualties.

Regarding Iran, Israel appears to have resigned that the JCPOA, the Iran Nuclear Deal will be restored.

Though it's not clear who's responsible for the attack, Iranian media has run with the story, sharing it on English-language and Farsi outlets.

A powerful explosion took place in #Israel today during a routine test at the Tomer factory for advanced weaponry. It produces rocket engines and missiles. Tomer told Haaretz it was a "controlled test with no exceptional circumstances." 1/2 pic.twitter.com/VebIbCPcK5