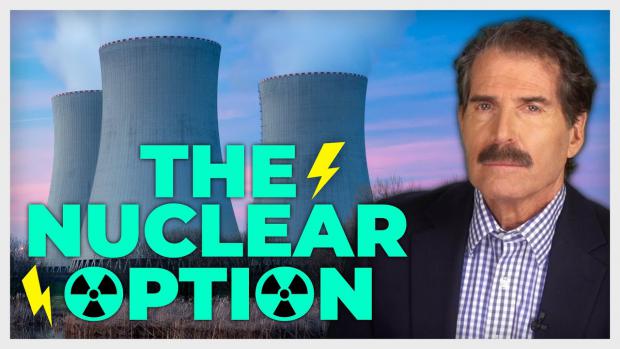 "Climate change is the existential threat!" warns Bernie Sanders and others. But if he really believed that, he should support nuclear -- the only technology that has a track record of rapidly replacing fossil fuels.

50 years ago, the fastest decarbonization ever happened when France successfully switched to nuclear power.

But environmentalists in the U.S. rarely support nuclear. Some even protest against it.

"I live in terror of the next accident," Harvey Wasserman, who runs the group Solartopia, tells me. "It's a virtual inevitability that we're going to have another disaster."

But NO ONE died from the one serious nuclear accident in the US, 3 Mile Island.

Fukushima was overblown, too.

Chernobyl was terrible, but that was a bad plant sloppily constructed to please Soviet dictators. No nuclear facility like that will be built again.

Nuclear is better than the alternatives.