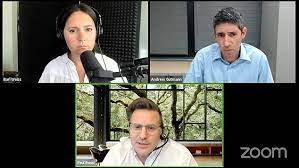 Andrew Gutmann, whose daughter is at Brearley School, wrote to other parents

They said freedom of thought was being stifled under 'Orwellian' policies

A New York father who launched a crusade against his daughter's school and their 'indoctrination' of pupils has warned that the problem is nationwide, and urged other parents to speak up against the 'Orwellian' promotion of a 'woke' curriculum.

Andrew Gutmann, whose daughter attends The Brearley School, an all-girls private school in New York City, located on the Upper East Side, wrote a letter on April 13 to other parents complaining about efforts to 'brainwash' students with 'woke' philosophies rather than teaching them how to think on their own.