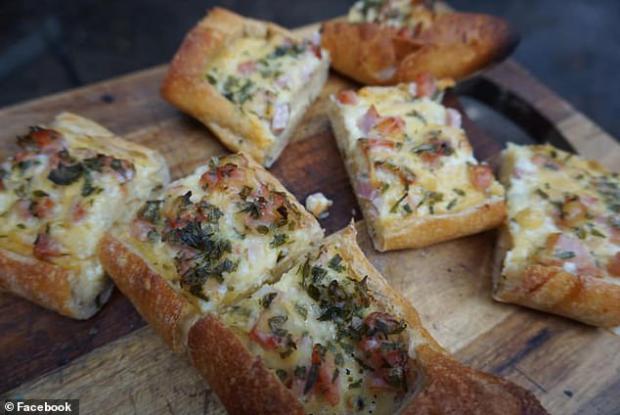 A clever home cook has revealed her recipe for the most mouthwatering egg sandwiches ever - and they are super easy to make at home.

Danielle, from Newcastle, Australia posted the simple recipe on Facebook on Tuesday and it has caught the attention of thousands of home cooks.

The egg sandwich can be cooked in an oven or airfryer, but the young woman cooked hers in a camp oven.

She simply whisked four eggs together with some diced bacon, cheese and chives and a splash of milk.

She the cut the middle out of four foot-long baguettes, replacing the bread with the egg and bacon mix.

Then it was just a matter of waiting them to cook over the campfire.

It should take about 15 minutes in the oven, according to helpful comments.

'Was delish, next time I'm gonna do a sweet chilli, cheese and bacon one,' she said.

The simple recipe had attracted more than 1500 shares and 2500 comments and 5000 reactions by Friday afternoon.

Container Gardening: How to Grow Food With Limited Space