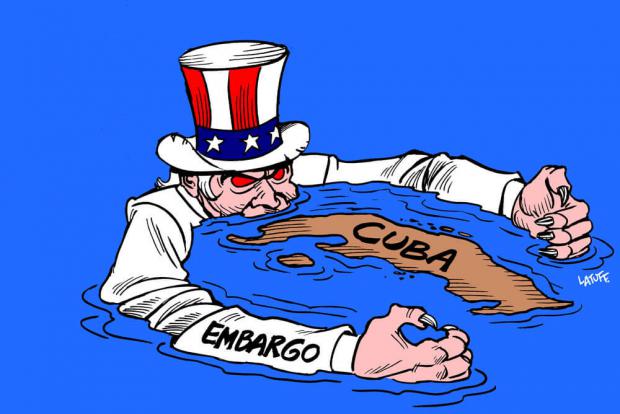 Don't count it. Squeezing the life out of the Cuban people as a way to get regime change has become such a normalized way of life for the United States that it is unlikely that this cruel and brutal policy will be ended anytime soon.

Back in the day, the embargo was justified as part of the Cold War against "godless communism" and, specifically, the international communist conspiracy that was supposedly based in Moscow, Russia and that supposedly threatened to envelope the United States and the rest of the world. (Yes, that Russia, the one we are being called upon, once again, to treat as our official enemy.) The Pentagon and the CIA steadfastly maintained that the "national security" of the United States was gravely threatened by a communist outpost only 90 miles away from American shores.

But when the Cold War suddenly and unexpectedly came to an end in 1989, the embargo just kept gong and going. And even though former communist dictator Fidel Castro is now dead and his brother Raul is now out of the presidency, there is no push within the federal government to finally bring an end to this cruel and brutal program.