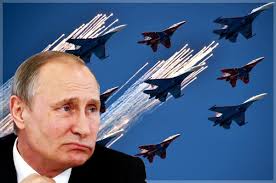 President Trump tried to nip a New Cold War in the bud, but that was not in the interest of the power and profit of the military/security complex which desperately needs the "Russian threat" as its raison d'etre.

Stephen Cohen, myself and a few others expressed concern that the tensions between the two  nuclear powers were being driven to more dangerous highs than ever existed during the 20th century Cold War.  Many websites joined in debunking the orchestrated Russiagate fabrication.

To discredit these voices, a new website, PropOrNot, suddenly appeared with a list of 200 "Russian agents/dupes."  Those of us who had raised red flags about Russiagate and the worsening of tensions were on the list. The Washington Post gave the accusation credibility by reporting the PropOrNot accusation that those who dissented from a hostile policy toward Russia were "Putin agents."

A number of the falsely accused websites were intimidated and abandoned the truth.  CounterPunch went even further. It dropped its best and most incisive writers—people such as Mike Whitney and Diana Johnstone.  CounterPunch, which  had once collected, published, and marketed a collection of my essays as a book, suddenly discovered that it preferred fiction over fact.  Other websites that had religiously reproduced all of my columns now became selective about which parts of the official narrative they would permit to be examined on their sites.  This was, perhaps, the beginning of the movement to de-platform all who challenge the narrative.

'Americans are sick and tired of out-of-touch personalities deranged...'