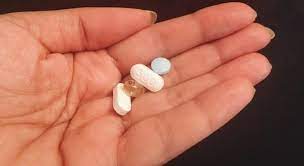 For those of you just now waking up to the corruption and evil in the modern medical system, this article will, at the very least, show that this corruption has been around for a very long time, and that the things you are observing today, as horrific as they are, did not just happen overnight.

This is what the LORD says — your Redeemer, the Holy One… "I am the LORD your God, who teaches you what is best for you, who directs you in the way you should go." (Isaiah 48:17)

The book of Isaiah in the Old Testament portion of the Bible is one of the most incredible books of prophecy ever written. Isaiah was a prophet during the time the northern kingdom of Israel was deported to Assyria in 722 B.C. But not only did Isaiah write about events that were happening during his own day, he also wrote about events that would happen hundreds of years later during the days of captivity of the southern kingdom of Israel after 586 B.C. He also wrote what are called the "suffering servant" Messianic passages that prophesied about the life of Jesus Christ which would happen more than 700 years later.

In Isaiah chapter 48 we are given some of the reasons why God revealed these things to his people through the words of the prophet Isaiah: