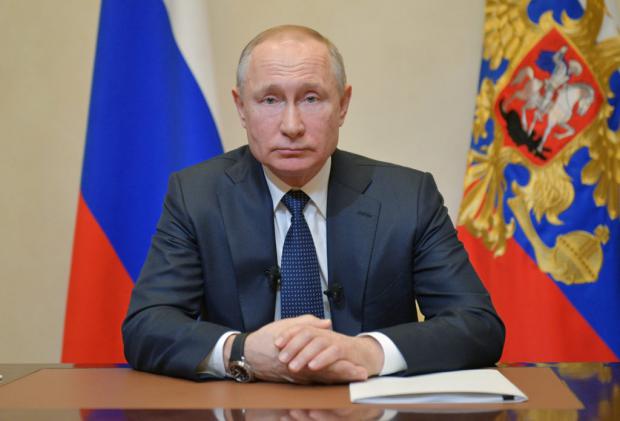 For the best part of an hour and a half, Putin concentrated on domestic issues, detailing a series of policies that amount to the Russian state helping those in need – low income families, children, single mothers, young professionals, the underprivileged – with, for instance, free health checks all the way to the possibility of an universal income in the near future.

Of course he would also need to address the current, highly volatile state of international relations. The concise manner he chose to do it, counter-acting the prevailing Russophobia in the Atlanticist sphere, was quite striking.

First, the essentials. Russia's policy "is to ensure peace and security for the well-being of our citizens and for the stable development of our country."

Yet if "someone does not want to…engage in dialogue, but chooses an egoistic and arrogant tone, Russia will always find a way to stand up for its position."

He singled out "the practice of politically motivated, illegal economic sanctions" to connect it to "something much more dangerous", and actually rendered invisible in the Western narrative: "the recent attempt to organize a coup d'etat in Belarus and the assassination of that country's president." Putin made sure to stress, "all boundaries have been crossed".

Ron Paul Recaps Biden-Putin Summit: Why Media & Politicos Get It All Wrong