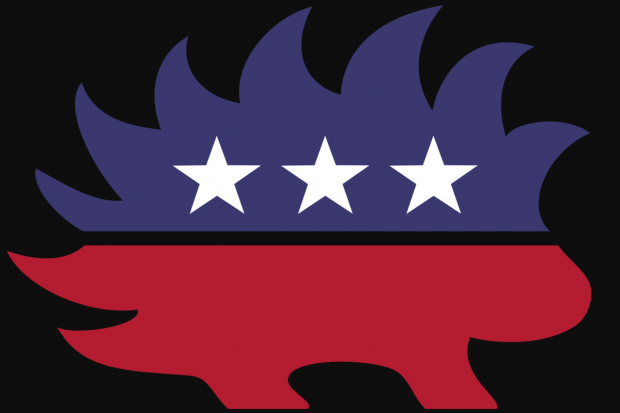 Libertarians are in the federal crosshairs. Six or seven years ago, there was a lot of prattle about how "the libertarian moment has arrived." I always knew that was hokum. Since then, there has been a huge increase in hostility to libertarians in Washington DC and elsewhere around the country.

Many libertarians assume they have nothing to fear because they are not engaged in seeking to violently overthrow the government. But the feds will be able to find many other pretexts to target peaceful citizens with supposedly subversive ideas. Federal law already defines "domestic terrorism" far more broadly than most people realize. As the Oregonian recently noted, "Cases categorized as domestic terrorism include allegations of…knowingly entering or remaining in any restricted [government] building or grounds…civil disorders and making threatening communications." FBI chief Christopher Wray told a Senate Committee that the FBI has 2,000 ongoing domestic terrorism investigations. Wray recognizes the terrorist peril as the ticket to a bigger budget: "We need more agents; we need more analysts."

The Biden administration is itching for a broad new domestic terrorism law to enable even more crackdowns. Libertarians need to recognize how that definition of terrorism has already mushroomed. Capitol Police acting chief Yogananda Pittman, testifying to Congress, described the January 6 clash at the Capitol as "a terrorist attack by tens of thousands of insurrectionists." Apparently, anyone who tromped from Trump's raging speech to the Capitol that day was a terrorist, or at least an "insurrectionist" ("terrorist" spelled with more letters?).