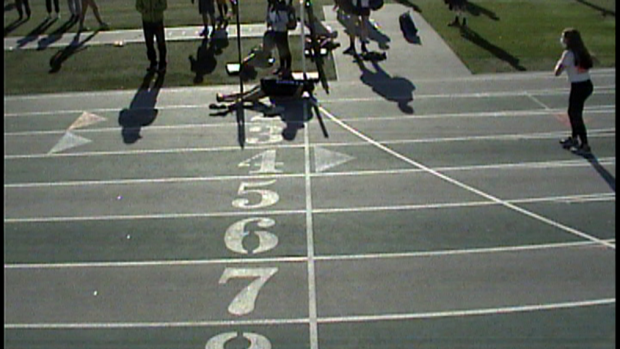 Track star Maggie Williams was running the 800-meter race when she collapsed to the ground just meters short of the finish line just as she was on the verge of achieving a school record. Coach Turnbull said that he warned authorities that it was dangerous to run the 800-meter race wearing a mask. He said that the Oregon School Activities Association is now working with the Oregon Health Authority to remove the mask mandate. The Oregon Health Authority states on its website: "Face coverings, or masks, are now required statewide for all adults and starting Friday, July 24, for all children 5 and up, in all indoor public spaces and outdoors when physically distancinf isn't possible."

A high school track coach in Oregon is calling for an end to rules mandating mask-wearing during competition after one of his athletes collapsed from "complete oxygen debt."

After a nearly two-year break from track meets, high schools in Oregon once again began competing, but the state added a new rule, requiring students to wear masks at all times, even when competing in sports.

While excited to get back to competition, Summit coach Dave Turnbull was not thrilled about the masks, according to The Bulletin.

The biggest problem for the coach and his runners came in the 800-meter race when student Maggie Williams collapsed on the track just meters short of the finish line even as she was on the verge of achieving a school record.