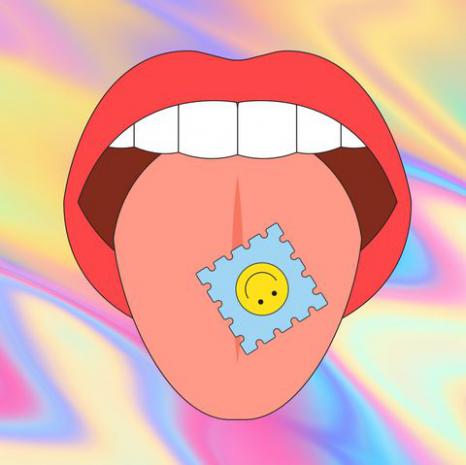 The CEO and co-founder of the burgeoning marketing startup Iterable Inc has been fired for reportedly taking LSD at work to boost his focus.

The San Francisco-based tech company valued at $2 billion announced the departure of its chief executive officer Justin Zhu in an email to employees.

The letter did not specify why Zhu was being ousted, only saying that he violated company policy, but the fired CEO claimed his termination was due to his LSD consumption.

Speaking to Bloomberg, which first reported the story, Zhu said that he took the illegal drug before a meeting in 2019 as part of a microdosing regimen - the increasingly popular practice of consuming very low doses of hallucinogenic drugs - in a bid to improve his concentration.

LSD, or Lysergic acid diethylamide, is a powerful hallucinogenic drug that was first created in a lab in 1938.

In the US, LSD is illegal and is classified by the Drug Enforcement Agency as a Schedule 1 drug, meaning it has a high potential for abuse, is not used in medical treatments and is deemed unsafe.

Zhu, a Twitter alum, co-founded Iterable with Andrew Boni, previously of Google, in 2013.