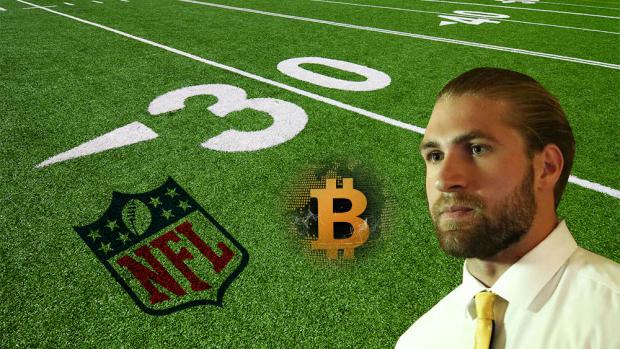 NFL players are suddenly embracing cryptocurrency, as newly signed Kansas City Chiefs tight end Sean Culkin has announced he will be taking his entire 2021 salary in Bitcoin and projected top draft pick Trevor Lawrence will reportedly do the same with the proceeds from a recent endorsement deal.

Culkin, a fifth-year tight end who studied finance at Missouri, will take his entire $920,000 salary in Bitcoin, becoming the first NFL player to receive his whole paycheck in cryptocurrency. Previously Carolina Panthers left tackle Russell Okung arranged to receive half of his $13 million salary in Bitcoin. (Okung is now a free agent)

'I fully believe Bitcoin is the future of finance and I wanted to prove that I have real skin in the game — not just trying to make a quick buck,' Culkin wrote on Twitter. 'I will be converting my entire 2021 NFL salary to #Bitcoin.'

Culkin, 27, went into more detail with ESPN, likening Bitcoin to investing in gold.

'I've always had a lot of interest in and a passion for finance and economics from my days at Mizzou,' Culkin said. 'Even before that, my dad was big, really bullish on gold. Early on, I was always exposed to his philosophies on what made gold an intractable investment looking at it from a macro perspective.

'There's a lot of overlap between gold and Bitcoin. I really spent all of my time in the offseason the past year just hearing about this growing space in crypto. It just seemed like it was getting bigger and bigger.