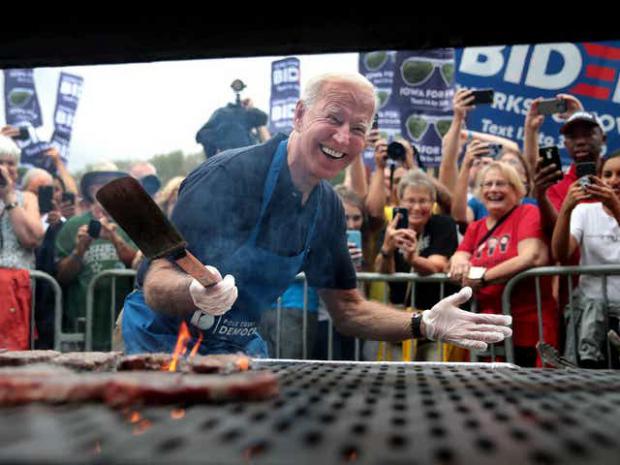 Americans will have no choice but to reduce meat consumption if President Joe Biden is going to slash greenhouse gas emissions by half in the next 10 years, experts say - even if the president is mum so far on how he'll actually achieve that goal.

Biden hasn't laid out a plan beyond the big number: reducing greenhouse gas emissions by 50 to 52 percent from their 2005 levels by 2030.

To do that, experts say meat will have to be a target because of the greenhouse gases emitted in producing and raising beef - especially methane.

In the UK, for instance, the government has already told its citizens they'll have to reduce meat intake by 20 percent for the country to meet its climate goals.

Brent Kim, a Maryland-based expert at the Johns Hopkins Center for a Livable Future, which researches food and climate issues, told DailyMail.com that it was clear, based on evidence, that Americans would have to reduce their meat and dairy intake if the US is to deal with climate change.

'To avoid the most catastrophic climate change scenarios, the evidence is clear that citizens in high-meat consuming countries - such as the United States - need to dramatically reduce their meat and dairy intake,' he said.

Kim acknowledged that Biden had yet to release a concrete plan that involved cutting meat consumption, saying the president's goal emphasizes the urgency of decarbonization, which is moving away from a dependency on polluting fossil fuels.

Still, he said, government policies 'do influence what Americans eat.'

Is a "Climate Lockdown" on Its Way?