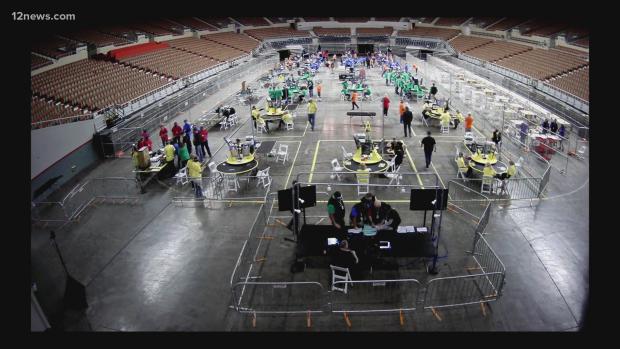 If You want to know what has happened to your country, simply keep your eyes on Maricopa County, AZ.

I have had LEO information for several weeks that false flags were coming to stop voter recounts and election audits.

The first indicator I received was the fact that the mid-April conference, largely centering on election fraud had been targeted. I noted that some participants were rumored to have been targeted! I correctly predicted that Sydney Powell would not make a live appearance due to security concerns. I was proven correct as she delivered a rousing, but remote presentation on the same topic.

With regard to this Oklahoma conference, I warned several in the alt media and some who were connected to the conference. Although the warnings were accurate, priorities quickly shifted before the conference. Subsequently, I noted that the Left's priorities about sending a definitive message on not opposing with the new government, in America, by launching a devastating false flag attack against the participants and the attendees of the conference.  I noted that the priorities of the Deep State Left had shifted dramatically because the Arizona State Senate had finally obtained an enforceable court order to compel the apparent criminal Maricopa County Board of Supervisors to release the voting machines and votes they held under lock and key. This placed Arizona front and center for a false flag attack designed to stop the recount and audit in Maricopa County, AZ. As I will point out several time, look at the cover photo for this article. George Soros is rearing his ugly head.