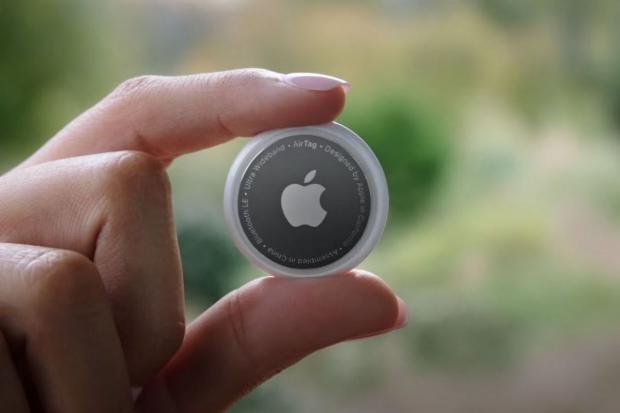 Last week, Apple announced its new AirTags—$29 location-tracking fobs that can help find your keys or purse anywhere in the world. The devices, which are roughly the diameter of a quarter, have since been tested and lauded by tech journalists, including our own.

But technology often comes with unintended consequences, explain representatives from the National Network to End Domestic Violence (NNEDV), a leading nonprofit with the goal of ending violence against women. NNEDV sits on advisory boards for Facebook, Twitter, Snapchat, and Uber and has consulted for both Google and Apple in the past (but not on AirTags). The organization's representatives say that while Apple AirTags are a cheap, easy-to-use product to find a lost item, they are also a worrisome surveillance tool that could be leveraged by an abuser to discreetly track a partner. An AirTag simply needs to be slipped into someone's bag or jacket pocket to track exactly where they go.

"When somebody tries to leave an abusive person, or they are planning to leave, that can be one of the most dangerous times that stalking and assault can escalate," says Erica Olsen, safety net project director at NNEDV. "So it's extremely important if people are planning to leave an abusive person, they're able to do so without the person tracking them down and finding them. It's definitely a concern that people will be using any type of [tracking] product they can."

AirTags operate through Apple's Find My network. The network allows nearly a billion active Apple devices, including iPhones and Macs, to be located. Apple claims to discourage stalking by alerting an iPhone user if someone else's tag has been placed on their person, and by making AirTags chime after three days if they've been unpaired with their source iPhone.