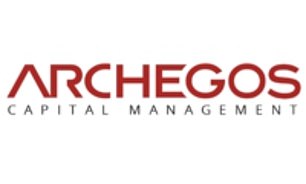 Last week, many of these analysts sounded frustrated listening to Credit Suisse's earnings call in which senior management skirted round without giving any real detail about the disaster.

"Do you think it's possible that this could produce a very fundamental reset in how your IRB credit risk models work?" wondered Stefan Stalmann of Autonomous Research. "I mean you have only CHF20 billion to CHF25 billion of counterparty credit risk-weighted assets on literally hundreds of billions of equity swaps and repos".

Risky Finance shares Stalmann's bewilderment. Expressed as a capital requirement, Credit Suisse was able to satisfy regulators with just $2 billion of capital for counterparty credit losses – the lowest among the G-SIFI banks tracked by Risky Finance. Months later it reported a loss of $4.7 billion.

It should serve as a warning. 14 years ago, obscure corners of banking businesses became hotbeds of regulatory arbitrage, speculation and leverage. The contagion of US subprime brought the financial system to its knees. Now, after years of low or negative interest rates, equity finance may have become a similar hotbed.

The business is much larger than published estimates – Risky Finance believes there are more than $3 trillion of exposures. And the pressure to grow equity finance is leading banks to exploit loopholes in Basel rules. As in 2007, this is masked by the complexity of the models that Credit Suisse and other banks used to allocate capital to their prime brokerage business.

Another America First patriot is de-banked