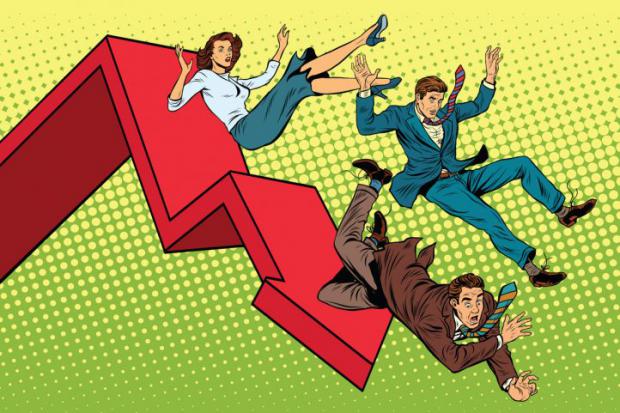 During an appearance on CNBC Friday morning, hedge fund titan Leon Cooperman insisted that he believes staying long is the only option for equity investors so long as the Fed keeps interest rates on hold...but that once the market has "a reason" to sell, traders can expect a tumultuous wave of selling on par with the declines seen in March 2020.

Cooperman, who started speaking just as the latest personal income data revealed that one-third of income during the period came from the government, declared that "I don't see the condition for a big market decline presently - however, and this is the big 'however' - we should recognize that we're pulling demand forward and the long term outlook isn't particularly favorable in my view."

What does that mean, exactly? Cooperman explains:

If investors "spoke to 100 economists today and asked them what their view is of the potential real growth of the US economy, the response would be centered around 2% real, and they would get there by saying well I think productivity growth is at 1.5%, labor-force growth is .5% and that's real growth - 2%. A bear might say 1.5% a bull might say 2.5% but it would be centered around 2%."

"We're growing this year 4-5x potential, yet the Fed is insisting on keeping interest rates near zero. That doesn't make any sense to me. That's just pushing people out on the risk curve."

He added that he expects the market will be lower one year from today.

In summary, while Fed Chairman Jay Powell insisted yesterday that the Fed isn't even thinking about raising interest rates yet, Cooperman, like Jeffrey Gundlach before him, remains skeptical. And while Cooperman understands that there's nothing to be gained by 'fighting the Fed' - that stocks will likely continue to climb as confidence in the Fed's backstop remains high - at some point, the market's frothy valuations will - to borrow a phrase he once used to describe the GameStop trading frenzy - "end in tears".