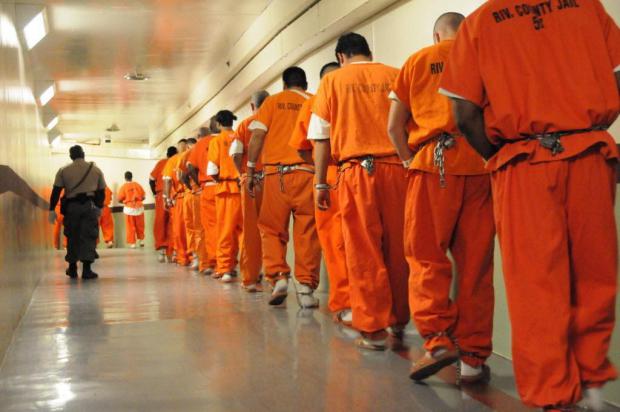 California is giving 76,000 inmates, including violent and repeat felons, the opportunity to leave prison earlier as the state aims to further trim the population of what once was the nation's largest state correctional system.

More than 63,000 inmates convicted of violent crimes will be eligible for good behavior credits that shorten their sentences by one-third instead of the one-fifth that had been in place since 2017. That includes nearly 20,000 inmates who are serving life sentences with the possibility of parole.

The new rules take effect Saturday but it will be months or years before any inmates go free earlier. Corrections officials say the goal is to reward inmates who better themselves while critics said the move will endanger the public.

Under the change, more than 10,000 prisoners convicted of a second serious but nonviolent offense under the state's "three strikes" law will be eligible for release after serving half their sentences. That's an increase from the current time-served credit of one-third of their sentence.

Also as of Saturday, all minimum-security inmates in work camps, including those in firefighting camps, will be eligible for the same month of earlier release for every month they spend in the camp, regardless of the severity of their crime.

The changes were approved this week by the state Office of Administrative Law.

"The goal is to increase incentives for the incarcerated population to practice good behavior and follow the rules while serving their time, and participate in rehabilitative and educational programs, which will lead to safer prisons," department spokeswoman Dana Simas said in a statement.