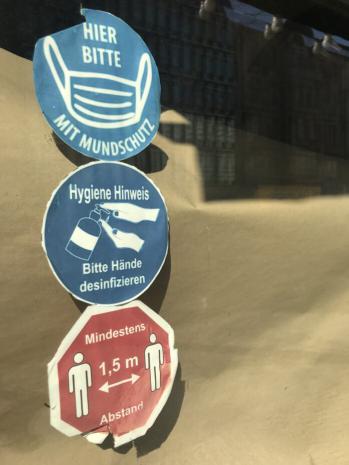 2020News yesterday reported Weimar District Court judge Christian Dettmar was subjected to a police search of his house, office, private premises, and car, and his cell phone confiscated. Dettmar delivered the April 8, 2021 decision that two Weimar schools were prohibited from requiring students to wear mouth-nose coverings of any kind, in contravention of government COVID policy.

The case marked the first time that evidence was presented before a German court regarding the scientific soundness and necessity of the prescribed anti-COVID measures, reported 2020News.

He wrote: "…the children are not only endangered in their mental, physical and spiritual well-being by the obligation to wear face masks during school hours and to keep their distance from each other and from other persons, but, in addition, they are already being harmed. At the same time, this violates numerous rights of the children and their parents under the law, the constitution and international conventions. This applies in particular to the right to free development of the personality and to physical integrity from Article 2 of the Basic Law as well as to the right from Article 6 of the Basic Law to upbringing and care by the parents (also with regard to measures for preventive health care and 'objects' to be carried by children)…"

The judge agreed with the experts' assessment that the masks were not useful for viral protection, that the PCR test could not detect a disease-causing infection with the necessary certainty, and that asymptomatic transmission played no detectable role epidemiologically with respect to SARS-CoV-2.