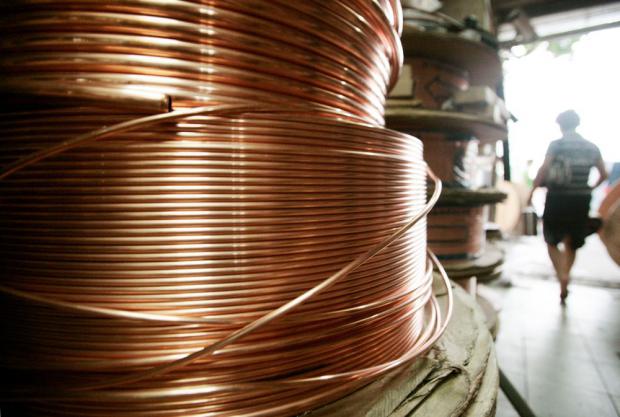 As if China didn't have (soaring) debt, (shrinking) demographic and (pent up) default nightmares to struggle with every night (and realistically, every day) it can now add one more splitting headache to its rosters of economic challenges: soaring prices in the one commodity that is absolutely critical for China's rapidly growing economy. Copper.

While commodity and copper bulls have enjoyed a tremendous start to the year with the price of copper surpassing $10K earlier this week and set to make new all time highs, Copper's eyewatering price - which Goldman expects to keep rising for years due to an unprecedented supply/demand imbalance - is causing ripples of stress for industrial consumers in China, the world's largest market for the metal. As Bloomberg reports, "some Chinese manufacturers of electric wire have idled units and delayed deliveries or even defaulted on bank loans, according to a survey by the Shanghai Metals Market." Meanwhile, end-users such as power grids and property developers have also been pushing back delivery times, unable to pay for the metal, while producers of copper rods and pipes saw orders slump this week, said the researcher.

Copper's rally - which is fueled by soaring global demand resulting from trillions in stimulus, near-zero interest rates and the global economic recovery from Covid-19 - sent the price above $10,000 a metric ton on Thursday for the first time in a decade, making it among the best performers in a scorching surge in metals prices.