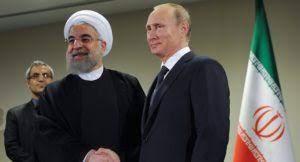 Previous to this threat SWIFT was as unknown to most people as the most arcane aspects of particle physics. It was the means by which money magically moved around the world. Without it modern finance and trade couldn't exist and politicization of it was anathema because of that.

SWIFT is just code. It's just a communications protocol. Code is easy to write. It can be copied, altered, secured and rewritten on the fly. It is not, in any way, a moat around any business.

I know what you bitcoin bears are thinking. Bitcoin is code that has been replicated, forked, copied, rewritten, etc. Yes, it can be. But it wouldn't be bitcoin. And the 'coins' granted by the network are protected by something that can't be replicated, math.

SWIFT transactions, in the same way, are secure because of encryption, just like bitcoin. But it is a centralized system supposedly independent, but Obama's threatening the Swiss ended the illusion of who really controls it.

As an aside, if SWIFT were smart they would tokenize their system and grant governance rights to its users to provide a secondary market in securing use of their services.

What both SWIFT and bitcoin have in common is mindshare and, in SWIFT's case, marketshare. Bitcoin is beset on all sides by up and comers trying to grab mind and market share from it — Litecoin, Ethereum classic, Monero, Decred, DASH, etc. They all compete for a place in the ecosystem.