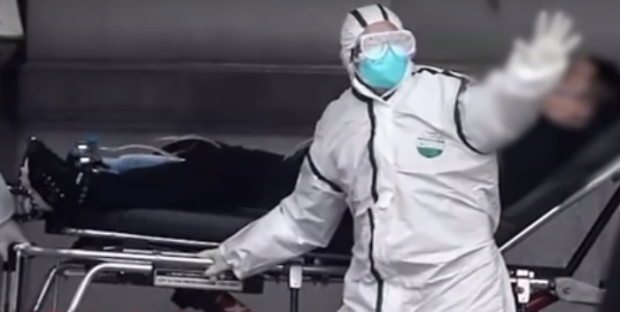 Although Olzewski uncovered the terrible practices in June, she recently recalled them in Tulsa, Oklahoma, before an audience at the Health and Freedom Conference held at Rhema Bible College, as reported by Life Site News on April 26. Olzewski witnessed "fraud, negligence and greed" that "led to unnecessary deaths" during the peak of the CCP Virus pandemic and her video recounting the events was released June 9.

She also had the opportunity to work in two hospitals, one located in New York and the other in Florida, gaining two very different perspectives on the deadly problem.

As an Army veteran, she wanted to be on the front line of care and danger, so she volunteered to travel to New York, the epicenter of the virus's greatest impact at the time, since there was no great medical urgency in Florida.

To her surprise, she "sat around for three days with nothing to do," and was told that before her other nurses had been "sitting around for 21 days or an entire month getting paid $10,000 a week," without being allowed to work saving lives.

1 Comments in Response to 'I recorded them murdering patients': The terrible testimony of a nurse at a New York hospit

While this video seems to be the same one that was broadcast last May, the message is brutal. Those who own and who run hospitals do not swear to abide by the Hippocratic Oath, namely, first do no harm. The owners and managers are in it for the big bucks, and big government and big pharma are quite willing to help with the big bucks. It's sad, isn't it. We tend to think of medical care facilities as places where we can get help. Boy, are we wrong, eh?

Document Shows Pfizer Anticipated That Those Injected with mRNA Might Transmit...

Is It Too Much to Ask Those Pushing the Injections Do Not Exempt Themselves From Liability?