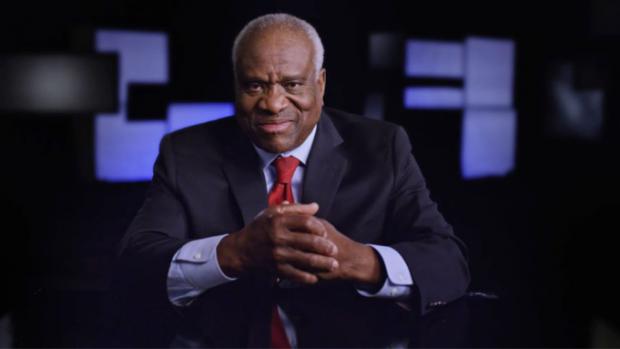 Justice Thomas's switch from monkish silence to gregarious engagement is a byproduct of the pandemic, during which the court has heard arguments by telephone. The justices now ask questions one at a time, in order of seniority.

"It's been a lemonade out of lemons situation," said Helgi C. Walker, a lawyer with Gibson, Dunn & Crutcher who served as a law clerk to the justice. "I'm just thrilled that more people get to hear the Justice Thomas that we all know."

"He can be one of the most loquacious people you've ever met," she said. "He is extremely chatty."

In the telephone arguments, he asked tough questions of both sides and almost always used his allotted few minutes. The idiosyncratic legal views that characterize his frequent concurring and dissenting opinions were largely absent from his questioning, which was measured and straightforward.

If Justice Thomas's questions differed from those of his colleagues, it was in their courtesy. He almost never interrupted lawyers, though he asked pointed follow-up questions if there was time left.