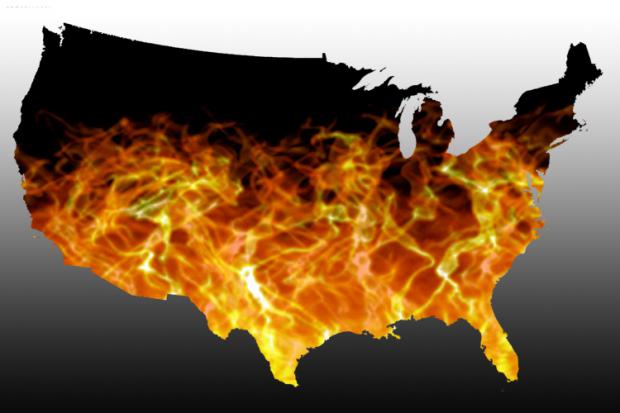 Those who see the disintegration and urge its halt are the ones punished exactly as in the novel.  https://www.zerohedge.com/geopolitical/paris-mayor-backs-military-chiefs-who-threatened-seize-control-macron-over-inaction?utm_campaign=&utm_content=Zerohedge%3A+The+Durden+Dispatch&utm_medium=email&utm_source=zh_newsletter

The situation in the United States is far more serious than in France.  In the United States the authorities have brainwashed themselves with their belief in "American exceptionalism."  Consequently, warnings are not even acknowledged.  I have been pointing out the ongoing American collapse for years, and it has never produced a debate.

It is too late for France and the US.  If you read The Camp of the Saints, you will be brought face to face wth your own fate.  The Democrats, the media, the woke "intellectuals," the universities, and the public schools are hard at work preparing our doom. The United States are now the Disunited States.  The blue states believe in white guilt, critical race theory, systemic racism, identity politics, and that all products of Western civilization, even mathematics, are symbols and devices of white supremacy.  The red states do not have an understanding of the ideological assault that has been mounted against them.  Their president was removed from office in a stolen election that was in every sense a coup, and the Red States accepted the removal of their president.  The red states still believe in America even though America has ceased to exist. White people in general have been infused with a sense of guilt and are weakened in their own defense by self-doubt.  Their monuments are removed, their history rewritten,  their art and music denounced as racist, and their children turned against them in public schools and universities.

Iowa turns down 71% of available vaccines on weak demand