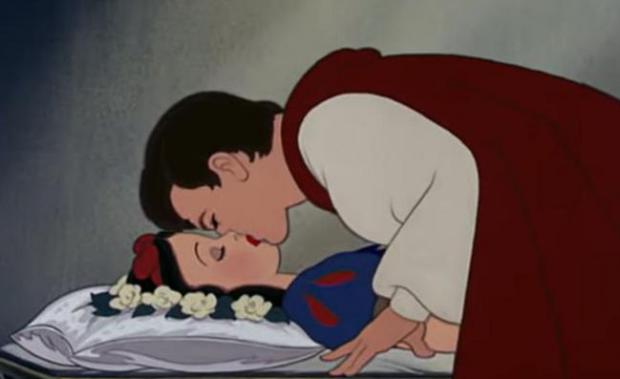 A revamped version of Disneyland's famed Snow White ride is drawing backlash for portraying the 'true love's kiss' scene, which critics say undermines lessons about consent by portraying the Prince kissing Snow White while she is asleep.

The theme park in Anaheim, California reopened on Friday after shutting down for more than a year in the pandemic, and featured a significant overhaul of the classic Snow White ride.

Previously focusing on the wicked Queen and known as 'Snow White's Scary Journey,' the updated ride takes a more lighthearted approach to the tale, and features fresh animatronics and all-new scenes.

The ride now culminates in the 'true love's kiss' scene, in which the Prince, believing Snow White to be dead, kisses her, breaking the Queen's curse that had put her into a deep trance.

'A kiss he gives to her without her consent, while she's asleep, which cannot possibly be true love if only one person knows it's happening,' noted reviewers for SFGate.

'Haven't we already agreed that consent in early Disney movies is a major issue? That teaching kids that kissing, when it hasn't been established if both parties are willing to engage, is not OK?' the critics wrote.

'It's hard to understand why the Disneyland of 2021 would choose to add a scene with such old fashioned ideas of what a man is allowed to do to a woman, especially given the company's current emphasis on removing problematic scenes from rides like Jungle Cruise and Splash Mountain,' the review continued.

'Why not re-imagine an ending in keeping with the spirit of the movie and Snow White's place in the Disney canon, but that avoids this problem?'