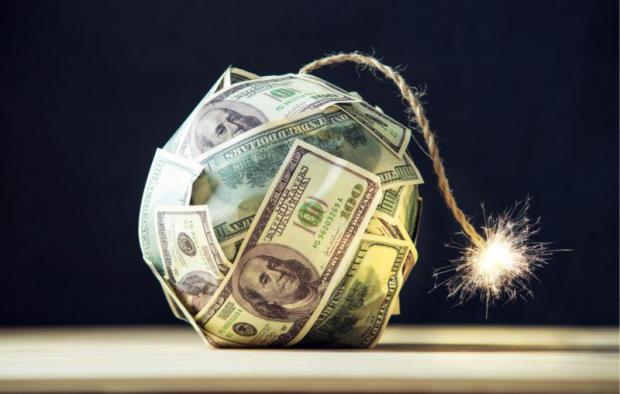 We already touched on two of the more colorful exchanges from Saturday's Berkshire annual videoconference, both of which incidentally starred the traditionally far more outspoken Charlie Munger, who first crushed a generation's monetary dreams saying that today's Millennials will have "a hell of a time getting rich compared to our generation", and then infuriated tens of millions of cryptofans and diamond hands (such as Dan Loeb) when he said that "the whole damn development" of crytpocurrencies "is disgusting and contrary to the interests of civilization."

Yet while those two incidents may prompt the most Monday morning watercooler talk, what was most relevant from a macro and markets standpoint was Buffett's observation of something the Fed and Treasury are terrified to admit: that a tidal wave of inflation has been unleashed upon the US and it's only getting worse.

Speaking to Berkshire's millions of shareholders on Saturday, Buffett said that he was surprised by the "red hot" US economic rebound and warned the company was being hit by inflationary pressures.

"We're seeing very substantial inflation," the 90-year-old billionaire who apparently does not have a Fed charge card, said in his nearly 6 hour long address to investors. But it's what he said that was especially ominous:  "It's very interesting. We're raising prices. People are raising prices to us and it's being accepted."

Why does this matter? Because the ability to pass on price increases and have them stick, means the surge in prices will not be transitory, no matter how many times the Biden admin, the Fed or the Treasury lie and vow the opposite.

Buffett's comments came one day after the US revealed that household incomes rose by the most in recorded history in March as the latest round of Biden stimmies hit bank accounts.