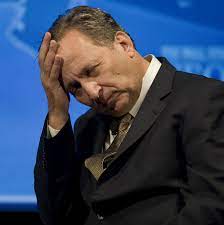 A bank's prime brokerage unit is supposed to be a safe, reliable and predictable generator of revenue, resulting from modest-margin transactions with a bank's hedge fund client base. It's safe because the bank's risk managers scour the bank's exposure to various hedge funds, and immediately flag any clients that become too big and a potential source of loss (it's also "safe" because the bank's prime brokerage management tends to make far less than the frontline Sales and Trading staff).

That is, at least, the theory. The practice, as the recent Archegos fiasco demonstrated, is anything but.

Case in point, the now infamous Credit Suisse disaster in its dealing with Archegos, which as of this moment have resulted in more than $5.4 billion in losses for the Swiss bank, and which as the FT reported today, resulted in a paltry CHF16 million (US$17.5 million) in revenue last year. In simplistic terms, this means that somehow the funding chain and the leverage Credit Suisse afforded to Archegos resulted in over 300x leverage in the wrong direction!

From Short Squeezes To Silver

Futures Briefly Dip After Global Internet Outage, Then Storm To All Time Highs