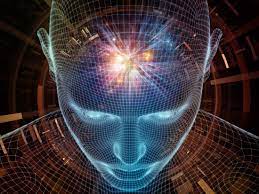 "They were monsters with human faces, in crisp uniforms, marching in lockstep, so banal you don't recognize them for what they are until it's too late." — Ransom Riggs, Miss Peregrine's Home for Peculiar Children

The U.S. government, in its pursuit of so-called monsters, has itself become a monster.

This is not a new development, nor is it a revelation.

This is a government that has in recent decades unleashed untold horrors upon the world—including its own citizenry—in the name of global conquest, the acquisition of greater wealth, scientific experimentation, and technological advances, all packaged in the guise of the greater good.

Mind you, there is no greater good when the government is involved. There is only greater greed for money and power.

Unfortunately, the public has become so easily distracted by the political spectacle out of Washington, DC, that they are altogether oblivious to the grisly experiments, barbaric behavior and inhumane conditions that have become synonymous with the U.S. government.

These horrors have been meted out against humans and animals alike. For all intents and purposes, "we the people" have become lab rats in the government's secret experiments.

Fifty years from now, we may well find out the whole sordid truth behind this COVID-19 pandemic. However, this isn't intended to be a debate over whether COVID-19 is a legitimate health crisis or a manufactured threat. It is merely to acknowledge that such crises can—and are—manipulated by governments in order to expand their powers.

As we have learned, it is entirely possible for something to be both a genuine menace to the nation's health and security and a menace to freedom.

This is a road the United States has been traveling for many years now. Indeed, grisly experiments, barbaric behavior and inhumane conditions have become synonymous with the U.S. government, which has meted out untold horrors against humans and animals alike.