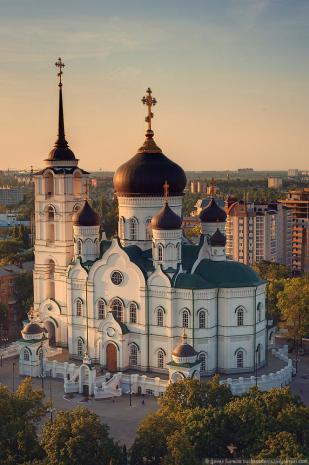 Since Russia has so swiftly become the world's official bulwark of conservative values, it is quite surprising that it has systematically lagged behind in one obvious realm: Homeschooling.

For most Russians, homeschooling has always been enveloped in a fantastical aura, something associated mainly with special needs and/or with Amish-like Protestant groups in America.

But lately, as more Russian Christian families gain a voice, energized by growing state supports and society's intensifying religiosity, the demand for alternatives to the official public school system, corrupted by materialism and Darwinism during the Soviet Regime and, now, by liberal values, has grown more popular and apparent.

More and more Russian parents are frightened and reluctant to hand over their child's education into the hands of strangers, realizing, that in doing so, they are also relinquishing the moral upbringing of their own child, and allowing them to become inculcated with morals and values that may be completely foreign.

This is where Alexey Komov and Irina Shamolina, the pioneers of homeschooling in Russia, come in. The Russian couple, passionate about education, homeschools their three sons. Irina leads a popular blog about education and Alexey is the representative the World Congress of Families in Russia. Both have been fascinated by, and intensely studying, homeschooling since 2012.  With time, they came to the conviction that homeschooling options were urgently needed in Russia.