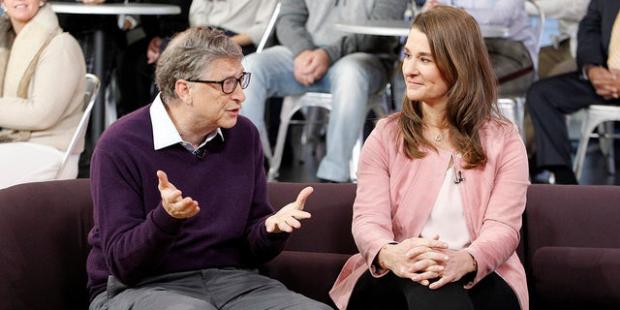 Bill and Melinda Gates wanted to announce their divorce in March and she'd rented a $132,000-a-night private Caribbean island to hide away on afterwards with their kids - who are 'furious' with their father over the split - but their lawyers stopped them because they hadn't yet finalized their settlement - so she went with the children anyway.

Anonymous sources cited by TMZ on Thursday claimed that Melinda fled with the couple's three adult kids - Jennifer, 25, Rory, 21, and Phoebe, 18, to Calivigny Island, a private island in Grenada, which she rented for $132,000-a-night, to get away from the media after making the divorce announcement.

The kids were 'very angry' with their father, so he wasn't invited, the sources say, without sharing why they were angry with him. When the lawyers stopped them from announcing, Melinda and the kids went anyway, according to the sources.

The claims hint for the first time that the split is acrimonious and also seem to confirm what has been widely speculated - that the pair reached a financial settlement before they announced their split or filed papers on Monday.

The island Melinda rented has 25 suites, including a main house called The Overhang with enough room for 18 guests and three beach cottages. There are Michelin star chefs, private trainers, yoga teachers, yachts and water sports.

It is owned by French millionaire Georges Cohen, who bought it for his wife Martine in 2000. Martine had been swimming near the island after leaping off their yacht, and it caught her eye. She then persuaded her husband to fly to it on a private plane. When he learned it was for sale, he bought it and the pair have since renovated it into a luxury retreat for the super rich and famous.