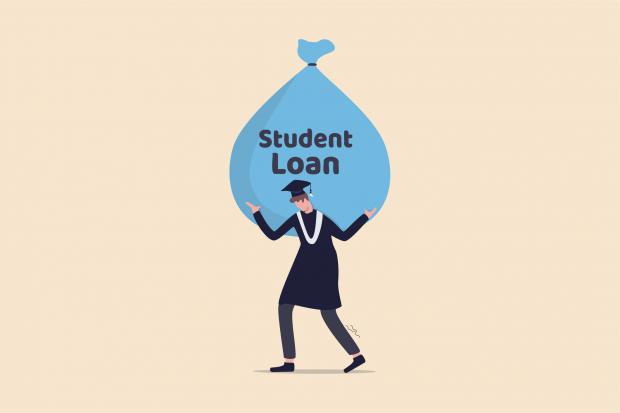 We have been saying it on this site for years: it skews the market, offers capital to people who don't have the means to pay it back and allows universities to price gouge, leading to a lower quality of education.

What we didn't know was exactly how deep the rabbit hole would go.

Enter Jeff Courtney, a former JPMorgan executive, to deliver the bad news. He was brought in by Betsy DeVos, then U.S. education secretary, who sought out help from J.P. Morgan in trying to determine how much trouble the program was actually in, since revenues from payments continued to come in below projections.

Courtney arrived at a stunning conclusion, according to the Wall Street Journal: "various administrations and federal watchdogs had systematically made the student loan program look profitable when in fact defaults were becoming more likely."

Courtney discovered "a growing gap between what the books said and what the loans were actually worth, requiring cash infusions from the Treasury to the Education Department long after budgets had been approved and fiscal years had ended, and potentially hundreds of billions in losses."

Currently, the budget assumes the government will get 96 cents back on every dollar borrowers default on. Courtney pointed out that in the private sector, that number drops to about 20 cents on the dollar.