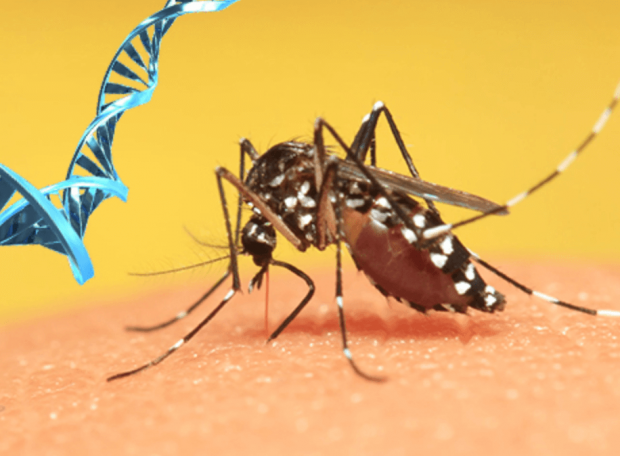 UK-based biotechnology firm Oxitec, which is funded by the Bill and Melinda Gates Foundation, said it released the mosquitoes in six locations in Monroe County's Florida Keys: two on Cudjoe Key, one on Ramrod Key, and three on Vaca Key. It's part of an effort to help tackle a disease-transmitting invasive mosquito population—the Aedes aegypti mosquito species—that's responsible for "virtually all mosquito-borne diseases transmitted to humans," according to the company.

These mosquitoes make up about 4 percent of the mosquito population in the Keys, and transmit dengue, Zika, yellow fever, and other human diseases, as well as heartworm and other potentially deadly diseases to pets and other animals.

The experiment is in collaboration with the Florida Keys Mosquito Control District (FKMCD), and was approved by the U.S. Environmental Protection Agency (EPA), the Florida Department of Agriculture and Consumer Services (FDACS), the U.S. Centers for Disease Control and Prevention, and an independent advisory board.

Over the next 12 weeks, fewer than 12,000 mosquitoes are expected to emerge each week, for approximately 12 weeks. Untreated comparison sites will be monitored with mosquito traps on Key Colony Beach, Little Torch Key, and Summerland Key. If successful, some 20 million additional genetically modified mosquitoes will be released later in the year.

"We really started looking at this about a decade ago, because we were in the middle of a dengue fever outbreak here in the Florida Keys," FKMCD Executive Director Andrea Leal said during a video news conference. "So we're just very excited to move forward with this partnership, working both with Oxitec and members of the community."

The insects released by the biotechnology firm are all male, so they don't bite. They're expected to mate with the local biting female mosquitoes, and in doing so, they will pass on a lethal gene that will ensure their female offspring die before reaching maturity.

According to Quartz, areas including Malaysia, Brazil, the Cayman Islands, and Panama, where similar experiments have been carried out, have seen mosquito populations drop by as much as 90 percent.

The project has faced backlash from residents, who say their consent was not sought for the experiment.