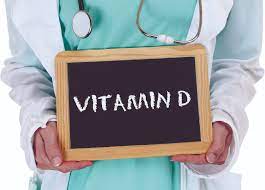 Are you or someone you love suffering from depression or an autoimmune disorder? It appears vitamin D deficiency may be to blame.

Vitamin D is essential for proper immune functioning and alleviation of inflammation. The beneficial effects of vitamin D on protective immunity are due in part to its impact on the innate immune system and has numerous effects on cells within the immune system. Vitamin D is also involved in maintaining the proper balance of several minerals in the body. And, it helps to ward off the flu and many viruses and treat them. The latest research links vitamin D deficiency to many disease states. These disease states include cancer, osteoporosis, heart disease, depression, arthritis, and just about every other degenerative disease.

According to the Nutrition Research Journal, as many as 80% of people are deficient in vitamin D. Inadequate exposure to sunshine, poor eating habits, malabsorption, the VDR genetic mutation, and accelerated catabolism due to certain medications, dark skin pigment color, and too much sunscreen can be to blame.

A doctor can check vitamin D levels with a simple blood test. Many mainstream doctors will suggest that you are within normal limits if your levels are 20-30ng/mL. However, for optimal health, the Endocrine Society and many functional medicine M.D.s and naturopaths will recommend levels of between 40-70 ng/mL for both children and adults. These doctors will also recommend a more aggressive replenishment program. For example, at age five, my son's level was 24. The pediatrician recommended 500iu daily of supplementation, while our naturopath recommended 5,000iu daily for six months before retesting. Six months later, his levels were almost normal.