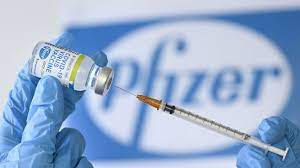 The Israeli People Committee (IPC) says that Pfizer's Chinese Virus jab is causing catastrophic damage to people's bodies – so much so, in fact, that there are more people dying from it in Israel than there are people in all of Europe who are dying from the AstraZeneca jab.

You know things are bad when the bar has been so lowered that it is now considered a privilege to have a jab that causes just a wee-bit fewer deaths than the one your own government is mandating.

According to IPC, "there has never been a vaccine that has harmed as many people" as the Pfizer vaccine has. The group published a full report detailing its eye-opening findings.

"We received 288 death reports in proximity to vaccination (90% up to 10 days after the vaccination)," one part of the report explains. "64% of those were men."

Meanwhile, Israel's official Ministry of Health is claiming that "only 45 deaths in Israel were vaccine related."

Assuming these figures are accurate, the Israeli government is blatantly lying about the number of Israelis who are being injured or killed by the Pfizer injection, which appears to be the jab of choice for the Israeli people.