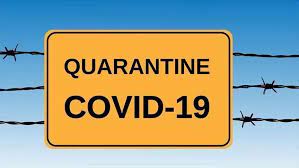 Forcing people to stay at home because of a big scary virus ended up causing more to get sick than if the Constitution had not been suspended in a lame attempt to eradicate an alleged virus with a 99.99 percent survival rate.

Patients at 113 hospitals were surveyed over a three-day period about when and how they contracted the Chinese Virus and a whopping two-thirds of them said it happened while they were at home "staying safe."

"Sixty-six percent of the people were at home, which is shocking to us," expressed failed New York Gov. Andrew Cuomo, who murdered thousands of nursing home patients with his disastrous response to the Wuhan Flu.

In fact, more ordinary people died staying at home than did nursing home patients, assisted living residents, and even homeless people. Apparently, it is not healthy to force people into isolation because of scary germs.

"This is a surprise," Cuomo added to a room full of reporters back in April.

"We were thinking that maybe we were going to find a higher percent of essential employees who were getting sick because they were going to work – that these may be nurses, doctors, transit workers. That's not the case. They were predominantly at home."