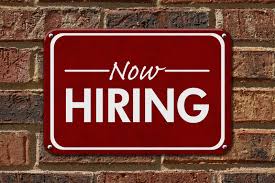 When we looked last month at how "Biden's Trillions" in fiscal stimulus policies have crushed small and medium businesses, where millions of workers would rather stay home and collect extended unemployment benefits, leaving mom and pop companies scrambling to hire workers or otherwise hike wages squeezing already razor thin margins (to the benefit of mega corporations which can be comfortably cash flow negative thanks to their access to capital markets, putting America's vibrant SMEs out of business), we pointed to the just released NFIB Small Business survey which found that a record 42% of respondents said they have job openings that could not be filled.

As NFIB Chief Economist Bill Dunkelberg put it last month, "Main Street is doing better as state and local restrictions are eased, but finding qualified labour is a critical issue for small businesses nationwide." He also explicitly admitted that Biden's "trillions" in stimulus are behind this predicament: "Small business owners are competing with the pandemic and increased unemployment benefits that are keeping some workers out of the labor force."

And for those readers quick to bash potential employers for being stingy and not simply raising wages to find qualified employees,  a net 28% of owners reported raising compensation (up three points) and the highest level in the past 12 months, while another 17% plan to raise compensation in the next three months. Still, as we noted, with the labor shortage well ahead of wage hike plans, one things is clear: profits margins - if only for small businesses - are about to collapse, making the big megacorporations winners once again.

Blackrock is buying every single family house they can find, paying 20-50% above asking price

Tesla Cybertruck: Is Over 1 Million Pre-Orders Even Possible?