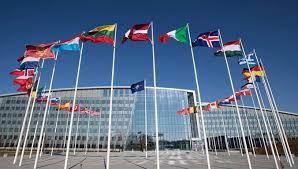 NATO officially declared space its newest operational domain in 2019, adding to its other four battlefields: air, land, sea and cyberspace. It is currently setting up a NATO Space Centre at its Allied Air Command headquarters in Ramstein, Germany.